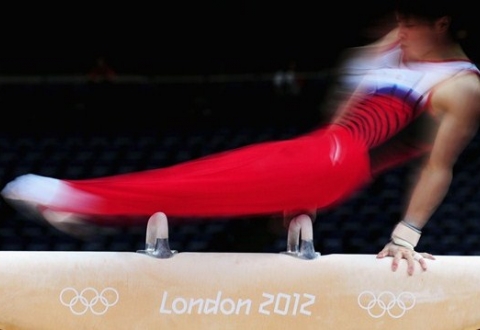 The only gymnast presenting Armenia at the 30th London Olympics Arthur Davtyan started competitions in qualifying round on Saturday.

He occupied the 18th place on Floor, the 10th on Pommel Horse, the 19th on Still Rings, the 4th on Vault’s first round, the 14th on Parallel Bars and the 19th on High Bar.

On total, he was the 8th place. NEWS.am Sport correspondent took an interview from Davtyan after the performance.

In response to how he estimated his performance, Arthur said that he did what he was able to, only at the end he was slightly injured due to new sport equipment. He felt pain, which became stronger during the performance and finally it was so strong that he was not able to walk.

“If not the pain, I would have been more confident to qualify for the final, but now I have certain doubts. My coach is satisfied with me, if I am qualified for the final, I will be more attentive,” he added.