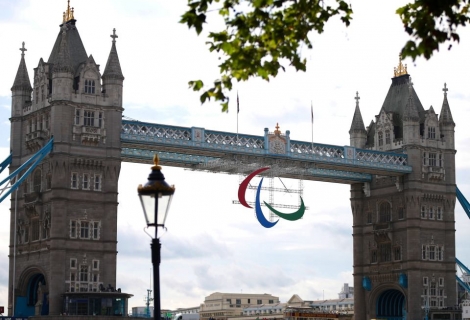 A giant emblem for the 14th Paralympic Games is installed under the walkways of Tower Bridge in London. The emblem replaced the Olympic rings that were hung at the same spot.

The London 2012 Paralympic Games will officially open on August 29 and come to a close on September 9. The games will be record-setting this year, as 4,200 athletes will compete in twenty sports events.

Also, sixteen countries will take part in the Paralympics for the first time. Close to 2.5 million tickets were sold for the venues, and this number likewise is record-setting in the history of the Paralympic Games, citizenside.com reports.

To note, Armenia will be represented in London 2012 Paralympics by weightlifter Greta Vardanyan and swimmer Margarita Hovakimyan.