Armenian flag to be raised in Olympic Village on July 22 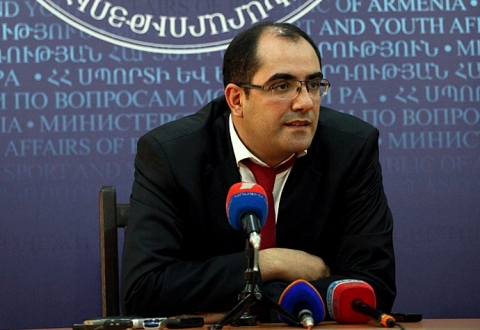 “The Armenian flag will be raised in the Olympic village on July 22. It is an important event for all the participating delegations. Representatives of the Armenian community will be present at the ceremony,” Minister told reporters on Thursday.

He said the rooms for the Armenian athletes will be decorated with photos, posters and the national flag.

The 2012 Olympic Games kick off on July 27. Armenia will be represented by 25 athletes.