Athlete should not be tourist in Games - Armenian Olympic champion 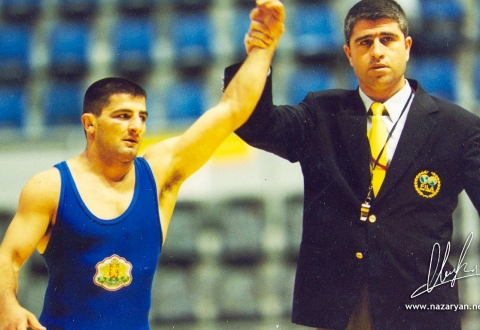 An athlete should not be a tourist in the Olympic Games. He should participate only to win a medal, Armenian only Olympic champion Greco-Roman wrestler Armen Nazaryan told NEWS.am Sport.

As for his estimations on the Armenian athletes’ performances in the Games, Nazaryan said that he is very excited. He links his hopes with wrestlers Arthur Alexanyan, Arsen Julfalakyan, Yuri Patrikeev, and especially Hovhannes Varderesyan who will perform in the 66 kg category.

Regarding his desire to participate in the Games, Nazaryan said that he indeed wished to, but he got an injury during the trainings and all his plans failed.