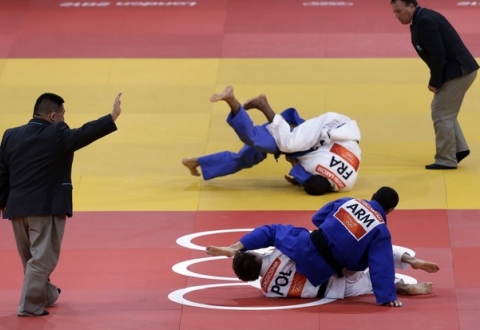 Armenian judokas Hovhannes Davtyan (60 kg) and Armen Nazaryan (66 kg) were first in the national team to perform at the 30th Summer Olympic Games in London. Davtyan defeated his opponents in three fights, lost in two fights and was disqualified for struggling for medals, while Nazaryan lost to his opponent in the second performance and also was left out for struggling for medals.

Regarding the estimations by the deputy head of the Armenian Judo Federation Davit Khitaryan, they did expect medals from both athletes. It is true that both were not successful in the pre-Olympic year, however, the European championships were inspiring, Khitaryan told NEWS.am Sport correspondent. Davtyan won silver, while Nazaryan lost to his opponent due to warnings. As for the Olympic Games, both judokas were defeated due to warnings as they were not ready tactically.