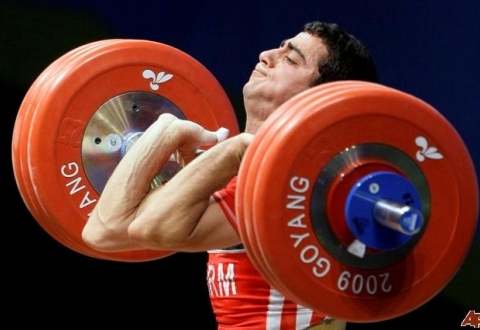 Armenian weightlifter in 69 kg category Arakel Mirzoyan’s mood and spirit are very high, he told NEWS.am Sport on Tuesday prior to his performance at 10.00 p.m. on Yerevan time.

In response to whether he is tense, Mirzoyan said that he is not tense and he is focused only to make Armenian people and his family happy on the day. His performance also puts some responsibility on him, as the Armenian national has not won any medals yet.

Print    |  Հայերեն  |  На русском
Thank you for your comment. Your comment must be confirmed by the administration.
last news on "London 2012"