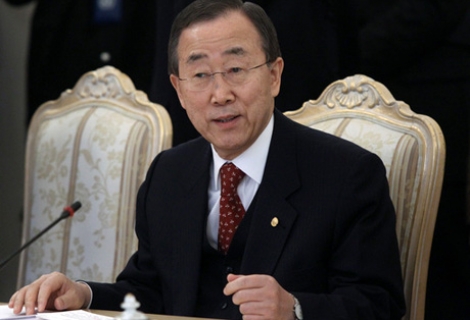 LONDON. – United Nations (UN) Secretary-General Ban Ki-moon will take part in the torch relay of the 2012 Olympic Games in London.

And after participating in this event, he will attend the opening ceremony of the Olympics, which will be held on Friday.

The UN Secretary-General decided to be on hand at the Games’ opening ceremony, since he will pay a visit to Great Britain, from Thursday to Saturday, BBC informs.

To note, the Olympic torch arrived in the British capital one week before the event’s official opening, and thousands took part in the torch relay.