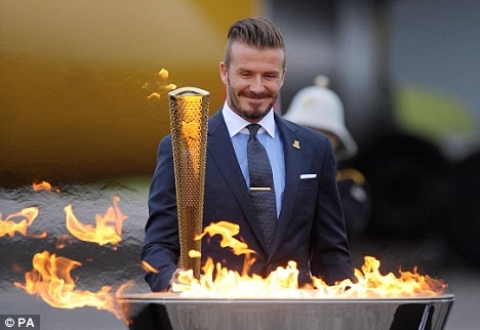 David Beckham has refused to light the Olympic flame saying he is not the right man to do it.

Famous football player said a gold medal-winner of Olympics should light the flame.

“I’ve always said, lighting the torch in the stadium is something that should be done by an Olympian... who has done incredible things for our country and won gold medals, Daily Mail quotes Beckham as saying.

Although, Beckham has not been invited to join the Olympic team, he hopes the national would win gold.