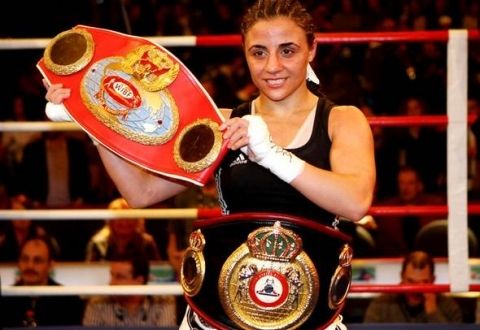 “I am a football fan, but I am not emotional. I do not understand people who are jumping, shouting and crying during the games. I am calm even when my favorite team is playing,” she told NEWS.am Sport correspondent.

Kentikian believes this year's tournament differs by having many unpredictable matches.

“I root for Brazil, but it's hard to say who will play in the final. Costa Rica is playing surprisingly well. I think they will advance to the final. Germany national squad is very strong, but I do not think they will become a champion,” she added.

The WBA champion said Spain's defeat was a surprise, and England was unfortunately not strong enough to qualify to the 1/8 finals.

“I would like to see Armenia at World Cup 2018,” she emphasized.