Only 10 Armenian citizens will visit Brazil for World Cup - Ambassador 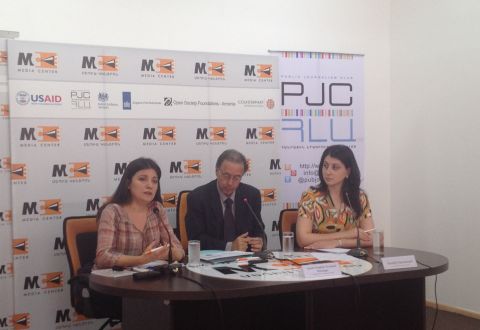 YEREVAN. – Ten people have applied for Brazilian visas ahead of the 2014 World Cup, Brazil's Ambassador to Armenia said.

During the press conference on Tuesday, Edson Marinho Duarte Monteiro said the World Cup will be held in 12 cities.

“Renovation of stadiums, building new ones and renovation of roads is a hard work. Many think it is not worth spending so much money. I think the goal will be justified. These funds are investments that will serve the country in the future,” diplomat told reporters.

However, the Ambassador could not but agree that many Brazilians are protesting against the tournament. He dismissed reports saying that all stadiums are not ready for the World Cup, adding that only two are being prepared.

“Unfortunately, only ten citizens of Armenia expressed willingness to visit Brazil for a world cup. The people are asking whether it is safe in Brazil. Every country has places where you must be cautious. Police will guard the stadiums and will do everything to provide 100% safety,” Ambassador emphasized, adding that Brazil is expected to receive around 600,000 tourists.

“We appreciate Argentinean football. Argentina is a friendly state in all areas, except football. I hope to see Neymar, not Messi, among champions,” he resumed.