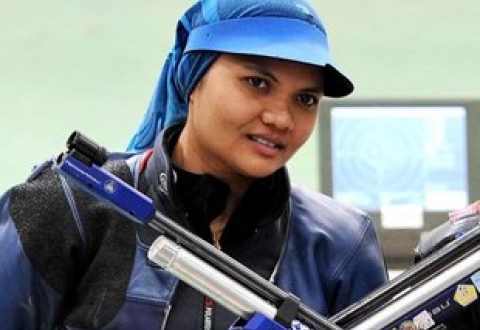 She came in 34th from out of 56 contenders at the10-meter women’s air rifle. The 29-year-old athlete will deliver her baby in about one month after the Olympics.

Nur Suryani announced that her yet-unborn baby girl already had beaten her stomach four times during the competition. The Malaysian athlete had received a special permission to be able to compete in London 2012. Nur Suryani Mohamed Taibi will return to her country on Tuesday, BBC informs.