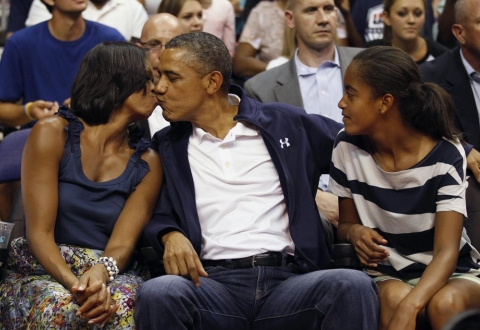 US men’s basketball team defeated Brazil 80-69 on Monday as a part of training matches in preparation for the 2012 Olympic Games in London.

However, fans’ attention was focused not on the NBA stars, but President Barack Obama and his wife Michelle who will head the US Olympic delegation at the opening ceremony of the Olympics.

The Kiss-Cam focused on the Obamas and President kissed the First Lady. After the match Obama met with the players of US national team., ESPN reports.

The couple came to the match together with their daughter Malia, Vice President Joe Biden was also present.