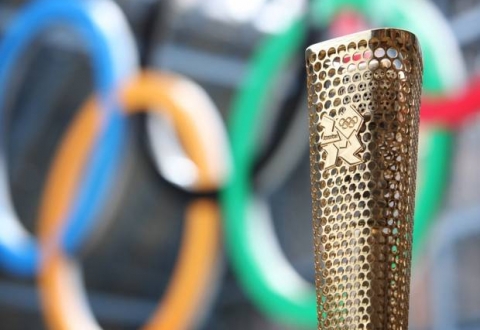 A naked man with a fake Olympic Torch and a note claiming ‘Free Tibet’ written on his back participated in the Olympic Marathon in the British Henley-on Thames on Tuesday.

The incident happened a minute before the Commander of the Order of the British Empire Sir Roger Bannister was about to hand the Olympic Torch to Sir Steven Geoffrey, a retired British rower.

“The 27-year-old man from Henley was arrested for insulting public morality,” the press service of the British Police announced.