Migran Arutyunyan: They simply don’t allow me to rank first 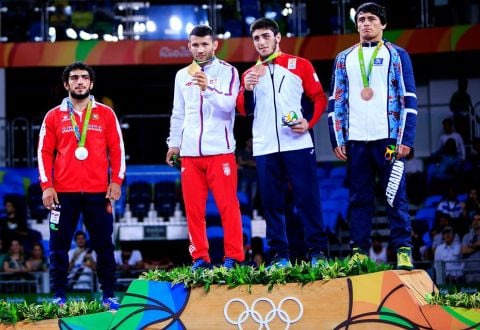 I haven’t lost: for the first time in my life I am not ashamed to tell this, Armenian Olympic Vice Champion Migran Arutyunyan said, rsport reports.

“During the European Games, World Championship and these Olympic Games they simply didn’t allow me to rank first, which I deserve. If I lose, yes, I accept that, but when I win they should give me a chance to rank first. I am disappointed and don’t want to say anything else.

I was winning by a score of 1-0, working actively during the whole fight, while I was constantly given a notice. I don’t know…I don’t want to comment any more, excuse me,” Arutyunyan said.