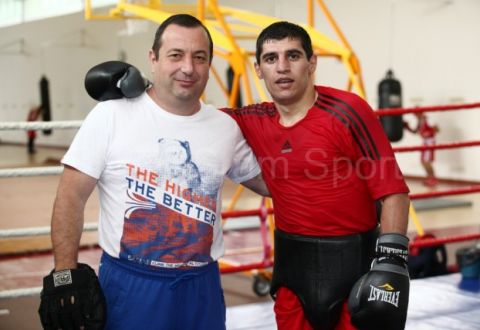 Boxer Vladimir Margaryan (69 kg), who represents Armenia in the boxing tournament of the summer Olympics in Rio, took part in the second fight. His rival was the Champion of 2012 London Olympics, Cuban Roniel Iglesias.

In the first fight, Vladimir Margaryan got an eyebrow cut, as a result of which he needed medical assistance. After being stitched, the Armenian sportsman continued the fight, but because of the recurring hemorrhage, the referee stooped the fight and pronounced Iglesias the winner. A technical knockout was recorded.

In 1/16 final Vladimir Margaryan beat the Fiji representative Winston Hill by a score of 3-0.