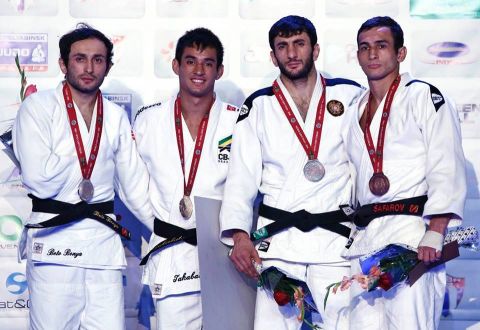 Hovhannes Davtyan, a leading member of Armenia’s national judo team, became a bronze medalist at the Judo Grand Prix, which is held in the Cuban capital city of Havana.

The Armenian athlete defeated his Turkish opponent by an ippon, during the bronze-medal match in the 60kg weight class.