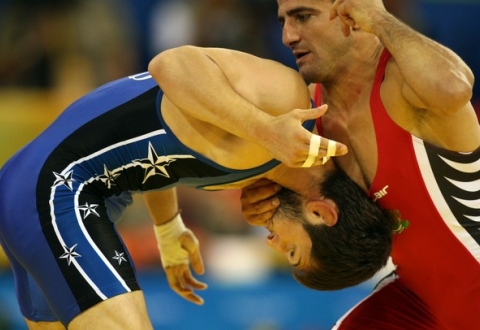 YEREVAN. – Bulgarian sports lovers informed with delight that Armenian Greco-Roman wrestler Armen Nazaryan, who represents Bulgaria, is returning to active sports. The two-time Olympic champion and bronze medalist is gearing up for his fifth Olympic Games. NEWS.am Sport interviewed Nazaryan, and below is an excerpt from the interview:

For how many years were you away from the sport?

I have not participated in tournaments for the past two-three years. Now, I aim to firstly qualify for the Olympic Games and then compete in these games.

In which weight category are you preparing to compete?

I will reach 65-66 kilograms, and I wish to compete in this weight category.

Which tournament will to participate in?

The first tournament will be held in Sofia, in late April. I am gradually improving my conditioning. Participating in the Olympic Games is not heroism for me. I will enter the mat to become a champion only.

How did the people in Bulgaria accept your decision to return to sports?

With great joy. I hope to God that I become a champion [in London, and then] I will take the flags of Bulgaria and Armenia and run on the mat.

Are you in contact with the wrestlers of Armenia?