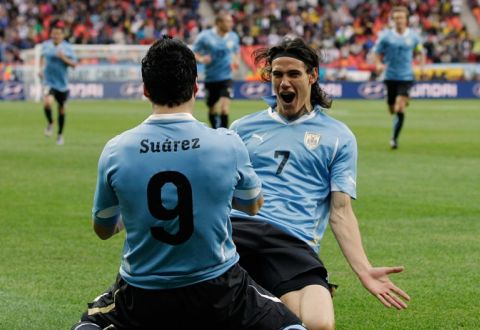 Luis certainly was wrong, and the player should be punished in such cases. But I don’t think that such a punishment was fair. Uruguay national football squad and Paris Saint-Germain (PSG; France) striker Edinson Cavani stated the aforementioned commenting on the 2014 FIFA World Cup incident involving Uruguay striker and FC Barcelona (Spain) newcomer Luis Suárez.

“They [FIFA] just threw him out of the World Cup, wiped him clean out of the pitch. No football player deserves such treatment. They manifested a very aggressive conduct in such a situation,” Todomercadoweb.es quoted Cavani as saying.

Luis Suárez had bit the shoulder of Italy and Juventus (Italy) defender Giorgio Chiellini during the 2014 FIFA World Cup group match between Italy and Uruguay. As a result, FIFA banned Suárez for four months from any football-related activity.