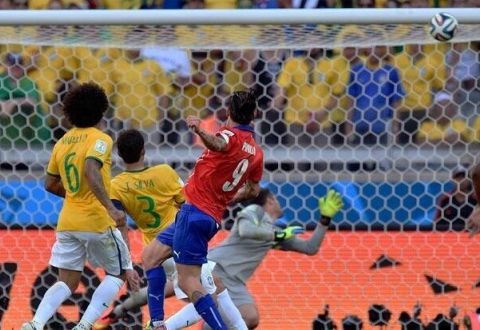 Chile national football squad striker Mauricio Pinilla was close to making his team advance to the quarterfinals at the 2014 FIFA World Cup in Brazil.

But instead of trying to forget the fact that he came so close to scoring the last-minute winner against the host nation Brazil in the 1/8 finals, the 30-year-old player immortalized this moment forever in a tattoo on his back, the Independent reported.

Pinilla’s 119th minute shot had cannoned off the Brazil crossbar instead of nestling into the net inches below.

Brazil had defeated Chile in the post-extra-time penalty shootout and advanced to the quarterfinals.