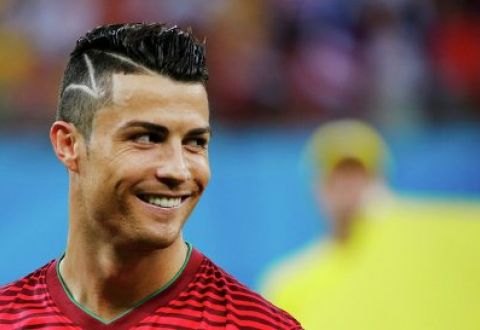 The 29-year-old player unveiled his new zigzag patterned haircut during Portugal’s group match against USA in the 2014 FIFA World Cup hosted by Brazil.

According to a story circulating online, it seems his new engraving on the right side of his head is less of a fashion statement and more of a kind gesture towards a young boy in Spain.

Ronaldo had paid Erik Ortiz Cruz’s entire £50,000 medical fee as he underwent brain surgery recently, and the jagged line incorporated into his new haircut is rumored to be a nod to the youngster’s surgery scars.