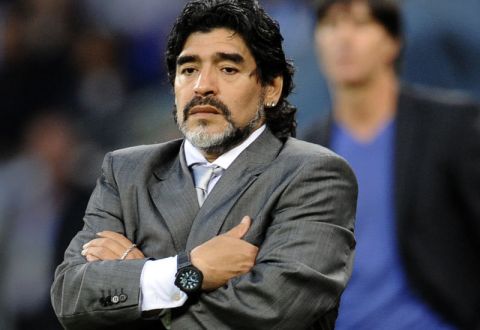 Steven Gerrard should have done better in the match against Uruguay and not give that much room to Luis Suárez.

“For England it was the same old story of what could have been.

“Gerrard and the English defence must take the blame for both Uruguay goals.

“Suárez found a lot of room in the penalty area before unleashing a ferocious shot.

“You can’t afford [to do] that with a striker of his class and England paid the price.

“While Suárez became a hero by converting two of the chances he got, Rooney capitalised on just one of the several he had.

“Uruguay won because they were better in handling their scoring opportunities,” Goal.com quoted Maradona as saying.

After being defeated by Italy and Uruguay and as a result of Costa Rica’s two sensational wins in the group phase, England have lost the chance to advance to the World Cup playoffs.