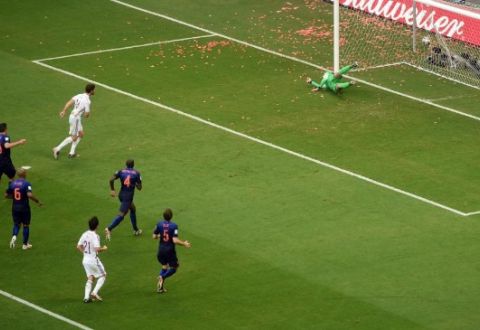 Germany, Brazil, and Mexico have taken 12 penalty kicks, apiece, while Italy, Argentina, and France were awarded 11, 10, and 9 penalty shots, each, respectively, in the world cups.

Even though Xabi Alonso converted the aforesaid penalty kick, as reported earlier, the reining world and European champions Spain were thrashed by Holland by a score of 1-5.