Coach warned us that Armenia is serious opponent - Federico Marchetti 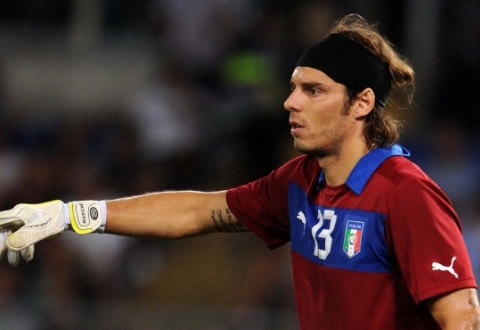 Italian national’s goalkeeper Federico Marchetti said he would play a great role in the upcoming match.

“It is my goal, and it is a great honor to help my team in the upcoming match,” he said ahead of the World Cup qualifier against Armenia.

Marchetti noted they want to show an interesting game, adding that the significance of Buffon can hardly be overestimated.

“As to Armenia, the head coach warned us that Armenia is a serious opponent. We should be very attentive,” calcissimo.com quotes Marchetti.

After nine rounds in the World Cup qualifiers Group B, Italy have already booked their spot at Brazil 2014, with 21 points, Denmark and Bulgaria have 13 points, apiece, Armenia and the Czech Republic have 12 points, each, and Malta have 3 points.