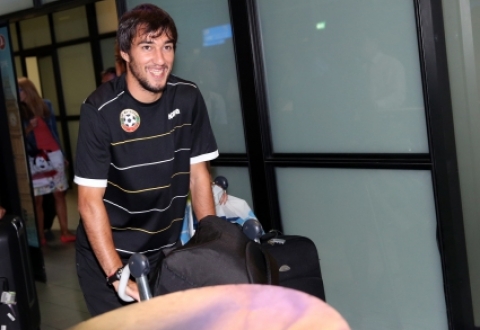 “Everything is in order with us; the mood is good, too. We are ready for the next two games,” stated Bulgarian national football team and Russia’s FC Kuban Krasnodar midfielder Ivelin Popov.

The 25-year-old captain of the Bulgarian national squad spoke about his team’s last two 2014 World Cup qualifier group stage games against Armenia and the Czech Republic.

“We know our potentials very well. The matches get more difficult toward the end of the qualification stage. I expect two wins, and we’ll see what happens,” Sportal.bg quotes Popov as saying.

To note, Bulgaria will be hosted by Armenia, in capital city Yerevan, on Friday, and they will play host to the Czech Republic on October 15.