Armenia boss: We can advance from group stage 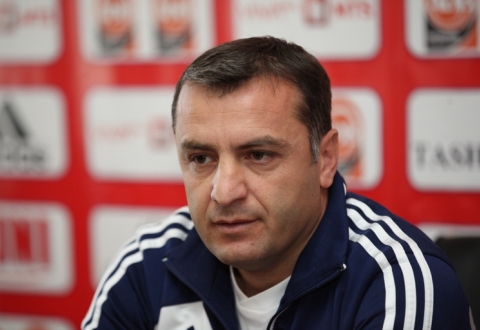 YEREVAN. – “In Sofia, we fell victim to provocations. But, of course, there was a certain discipline problem, too. [But] we will focus on the score in tomorrow’s game.”

“We called twenty players [to the squad]. I cannot say [anything] about the ‘warm’ treatment by the fans. I am thinking about tomorrow’s game.

“Our chances of advancing from the group [stage] are slim, but they do exist. Furthermore, we have problems with rankings. We should aspire to be in the third basket.

“Bulgaria play very aggressively, thereby at this point Bulgaria are in second place in the group,” Minasyan added.

To note, the Brazil 2014 qualifiers’ return-leg match between Armenia and Bulgaria will be held Friday in Armenia’s capital city Yerevan.