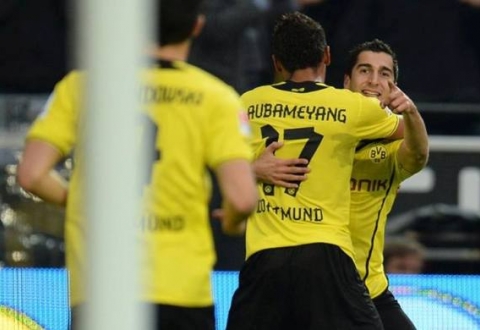 The Armenian international thanked Lewandowski for providing the assist to the goal that he scored during Borussia’s 6-2 defeat of Hamburger SV in the last German Bundesliga match.

To note, after receiving a beautiful heel pass from Lewandowski, Mkhitaryan had netted his club’s second goal in the aforesaid game.

He also posted a photograph, where it shows how he thanked the Polish international after the goal.

To note, Robert Lewandowski had earlier stated that Henrikh Mkhitaryan still needs a bit of time to properly integrate himself into Borussia’s style of play.