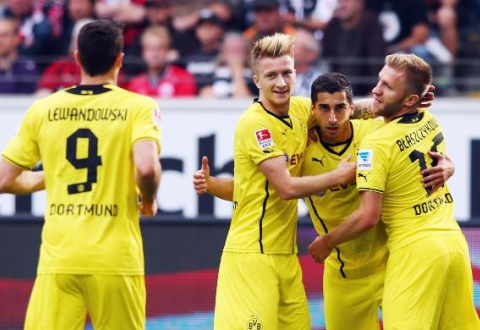 “It’s easy to see that in Henrikh Mkhitaryan and Pierre-Emerick Aubameyang, we have two attacking players of real quality. In fact, I think that from game to game we can play even better,” stated Polish national football team and Germany’s Borussia Dortmund striker Robert Lewandowski.

“We were really impressive. Obviously, Micki and Auba still need a bit of time to properly integrate themselves into our style of play, but you saw today how good they are and how much they bring to our team.

“It will be tough [in the Champions League this season] and the other clubs won’t underestimate us. For me, I’d like another year like last season, and to maybe go one step further this time!” Bundesliga official website quotes Lewandowski as saying.

To the question, “Mkhitaryan is a different type of player to Mario Götze [who transferred from Borussia to Bayern Munich, and whom the Armenian international had replaced at Borussia]. As a striker, is that something to which you have had to adjust?” the Polish international responded as follows:

“Well obviously, every player has his own strengths and brings his own qualities to the table, so it’s normal in football that you have to make adjustments. I play the way I play, but as I said, Micki and Auba are two great players and we can all play together.”

To note, in Borussia Dortmund’s match against Hamburger SV, Henrikh Mkhitaryan scored one goal and provided an assist while Pierre-Emerick Aubameyang netted two goals for their club.