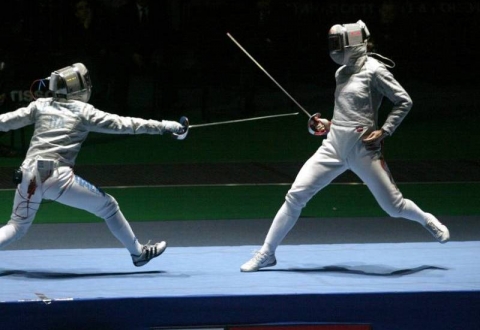 But from Armenia’s representatives solely Emil Danielyan was declared a winner in his category, whereas the other three first-place awards were handed to Georgia’s fencers including Mikayel Mikayelyan, who is a Yerevan Fencing School student and has moved to Tbilisi a mere seven months ago.

Following the competitions, the event’s chief judge, international-level judge Artash Madoyan informed that the Armenian national fencing team’s main objective was to gain more competition experience. The most important upcoming events for Armenia’s fencers are next year’s European and world championships that will be held in Hungary and Croatia respectively.

Prior to that, however, the Armenian national championship will be held next month in Yerevan, and the Fencing World Cup’s stage tournament will take place in December in Tehran, the National Olympic Committee of Armenia Media Department informs.