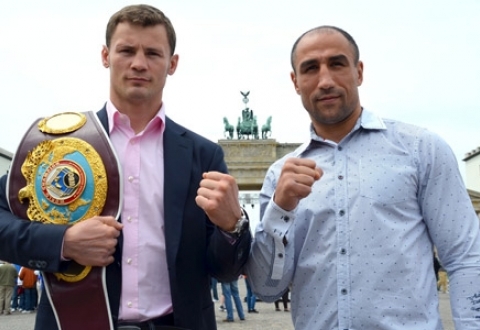 In an interview with NEWS.am Sport Arthur Abraham said the title would be his. NEWS.am Sport also contacted Robert Stieglitz to learn about his preparation for the bout against Abraham.

Stieglitz said he had trained a lot and had sparring partners resembling Abraham. He stressed that when he feels that did everything to be in good shape he is psychologically ready for the bout.

As to Abraham’s intention to get the title back, Stieglitz said he would prove he is the most powerful in this weight category.  WBO super middleweight champion said they used to train together with Abraham and will decide who is stronger during the bout.

“We will remain friends after it,” he added. “Arthur lives in Berlin. It is his city. He had bouts at the O2 World Arena and has support there. But many people from Germany, businessmen from Russia and Kazakhstan will come to support me, too.”

“My father is German and my mother is Russian. My relatives came to Germany in 1991 and Russian relatives live in Siberia. So, I am half German and half Russian,” he said.