London Olympics’ gold medal is worth $708 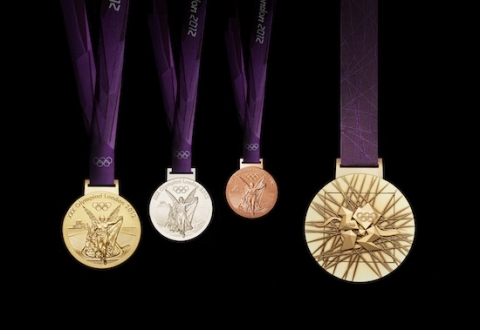 LONDON. – The gold medals, which were awarded at the 30th Summer Olympics held in London, are worth US$ 708 each.

If all 302 medals had been made from pure gold, their total value would have been $40 million.

Each London 2012 medal weighs 412 grams, and it is 88 mm in diameter and 7 mm thick. This is the heaviest and the largest medal in the history of the Olympic Games.

The gold medal is made from 92.5 percent silver and contains six grams of gold, BBC writes.

The last time when the Olympic medals were made from pure gold was during the 1912 Stockholm Olympics.