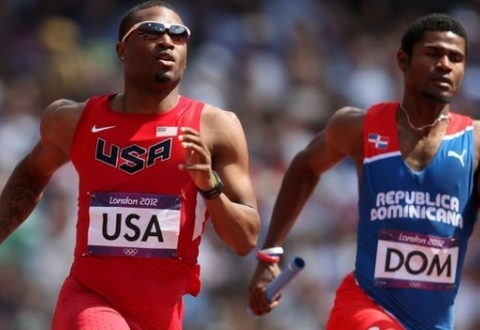 American runner Manteo Mitchell who ran the fist leg of the 4х400 relay found out after competition that his leg was broken.

In the qualification round Mitchell broke his left fibula halfway through the race but continued running to bring his team to the final, USA Today reported.

Mitchell said he suddenly felt pain in his leg, he felt it break. The athlete finished the leg for 46.1 seconds which was enough for the U.S. to advance to the final.

Americans qualified to the August 10 final with the second result 2.58.87.