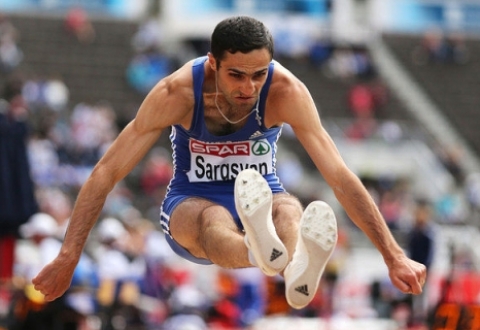 Armenian athletes failed to qualify to the finals of men’s long jump. Arsen Sargsyan and Vardan Pakhlevanyan are left out of the London Olympic Games.

Sargsyan was ranked 25th managing a jump of only 7.62 m in his bets attempt. Vardan Pakhlevanyan was the last in his group jumping 6.55 m.

Only seven athletes managed to jump over eight meters, while Olympic champion Irving Saladino failed to qualify to the final.