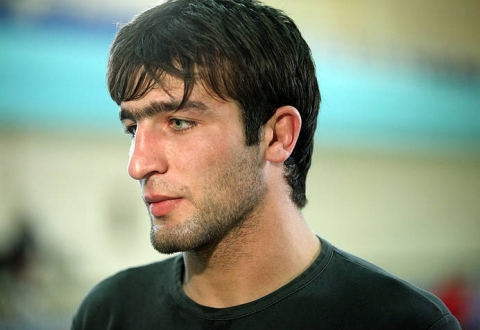 Levon Julfalakyan is encouraging us every second ahead to the Olympics, Greco Roman wrestler in 66 kg Hovhannes Varderesyan told NEWS.am Sport adding nothing disturbs him. He is currently training and will perform on Aug. 7.

Asked whether he is confident in the victory, Varderesyan told that he has indescribable emotions prior to the Games. He is calm but anyway cannot describe in words what is happening in him. In response to his relations with the chief manager of the team Levon Julfalakyan, the wrestlers said that while he performs Julfalakyan is his trainer, beyond performance his friend. Besides him, Varderesyan’s girlfriend inspires him a lot. After the performance in London, he will first of all call his friends, parents and his girlfriend.