London Olympics 2012: Had there been doping issue, the whole team would have been disqualified – Armenia’s Sport Minister 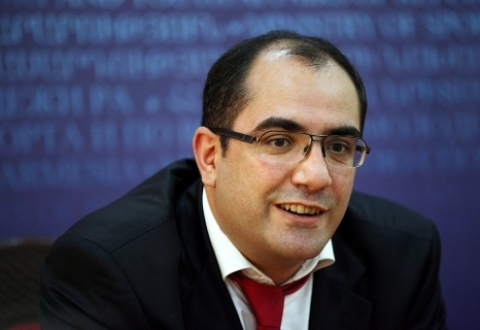 Armenian weightlifter Tigran Martirosyan suffered an injury, and there is no doping issue, Sport and Youth Affairs Minister Hrachya Rostomyan told NEWS.am Sport from London. And below is an excerpt from the interview:

Can you give the details about Tigran Martirosyan’s injury?

He was injured in Podolsk [Russia], on the penultimate day of trainings. The injury aggravated and he could not take part in the [Olympic] Games.

Was there no athlete who could have replaced Tigran?

We have submitted the final roster, and we have no right to change it. We did not anticipate that Tigran Martirosyan would get injured.

There are rumors that Tigran Martirosyan was not injured, but rather he could not get fully clean before the doping test?

If it had been doping, they would have disqualified the entire [Armenian weightlifting] team, and not just one athlete.

And what will you say about the other sports? Perhaps the expectations were too high?

No, it seems normal. Judoist Hovhannes Davtyan was very close to success, but he lost his strength after holding several difficult matches. If we compare with the 2008 Olympics, [we can say that Armenian] judo results have improved very much, and we are confident that we will achieve better results.

Shall we hope for the [Olympic] gold medal?

Certainly, everything will be fine.