London Olympics to kick off in Armenia as well 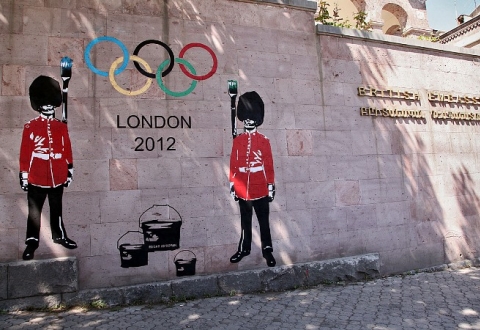 YEREVAN. – The Embassy of the United Kingdom of Great Britain and Northern Ireland in Armenia likewise will mark the start of the 2012 Olympic Games in London.

The Embassy will organize a festive event for everyone, on Friday at 11pm, at capital city Yerevan’s Lovers’ Park, where the participants will listen to the best selections from British music, and, at exactly 12am, they will hook up with London, from the giant screen installed at the Park, and watch live coverage of the official opening ceremony of London 2012.

This event at Lovers’ Park starts the second period in the Embassy’s activities envisioned in connection with the Olympic and Paralympic games, the Embassy’s press secretariat informs.

Together with its partners, the Embassy of the United Kingdom of Great Britain and Northern Ireland in Armenia plans to hold several events, in connection with the Olympic and Paralympic games, in the month of August, too.

To note, the 2012 London Olympics will officially kick off on Friday and come to a close on August 12.