Azerbaijani and Iranian flags are removed from Olympic Village 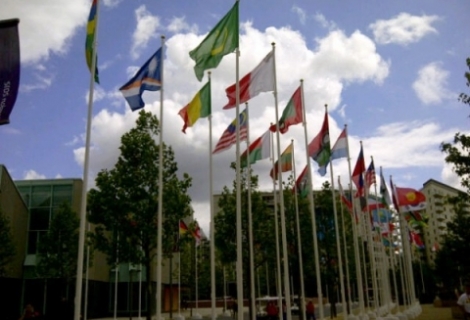 The national flags of Azerbaijan and Iran have been removed Thursday from the Olympic Village in London.

But the reason for removing these banners is yet unknown.  It is possible that all this is connected with the fact that the Azerbaijani national flag had “crossed the border” and “conquered” a part of the “Iranian” balcony.

At the same time, however, it is noteworthy that the national flags that are raised behind the building still remain in their places, Gazeta.ru informs.The 2012 London Olympics will officially kick off on Friday and come to a close on August 12.