Arthur Abraham: I am proud that I was soldier of triumphant Armenian Army 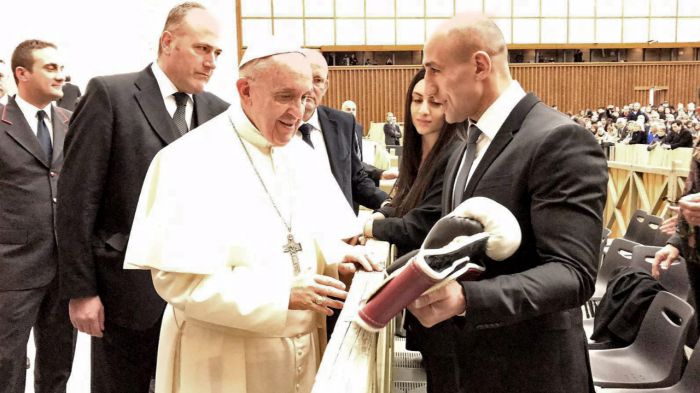 “I have served in the Armenian army; I have good [respective] memories,” said the 36-year-old boxer. “I’m still in touch with my commander, and I have several good friends from the army. I’m proud that I was a soldier of the triumphant Armenian Army, and that I have served in the strongest—Armenian—army in the region.

“I congratulate on the occasion of this important holiday for us [Armenians]: the Armenian Army Day; I wish strength and peace. The Armenian nation has seen many wars, [but] hereupon, let us pass our eternal path under blue skies.

“I wish encouragement, fortitude, unity, [and] consolidation to the Armenian soldier, officer, commander, the Armenian mother, sister, [and] the entire Armenian nation.”

January 28 is celebrated in Armenia as Army Day, and 2017 marks the 25th anniversary of the Armenian Armed Forces.