Levan Berianidze: I dream of becoming Olympic champion for Armenia 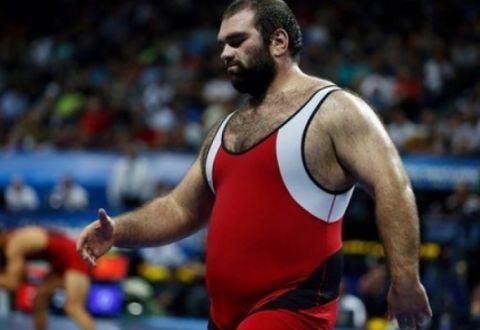 NEWS.am Sport spoke with Georgian freestyle wrestler Levan Berianidze, who will represent Armenia in the Men’s 125 kg division at the 2016 Summer Olympics that are held in Rio de Janeiro, Brazil.

“When I qualified for the Olympics, my joy was unbounded, since it has been my dream for many years,” said Berianidze. “I’m happy and proud that I was able to achieve for Armenia the right to participate in the games.”

When asked about his expectations at Rio 2016, the athlete responded: “I have great expectations. I myself estimate my chances of winning a medal to be 99 percent. I believe that, before such an important competition, each and every athlete is 99 percent confident inside that he will win. My greatest wish is to win a medal, and my physical condition enables [me] to have these hopes.”

As for his dream, Levan Berianidze said: “Returning from Rio with a medal; first and foremost, with a gold medal. I dream of becoming an Olympic champion for Armenia.”

Berianidze will start his Olympic campaign in Saturday’s round of 16 against the representative of China.
This match is slated to get underway at 5:40pm, Armenia standard time.
Armenia is represented at Rio 2016 with 33 athletes.