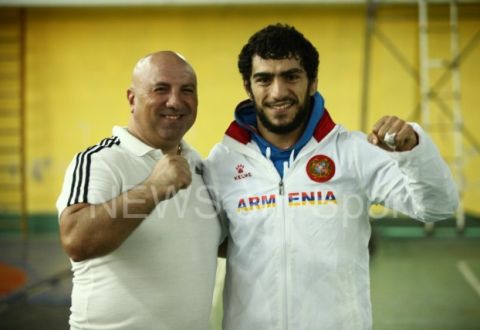 amvel Gevorgyan, who is the personal coach of Armenian Olympic Vice Champion of Migran Arutyunyan and the Armenian Greco-Roman wrestling team, spoke with NEWS.am Sport correspondent on the biased refereeing in the final of Rio 2016, as a result of which Arutyunyan wad deprived of gold medal.

“Apparently, someone doesn’t want Migran Arutyunyan to become a champion and win titles. An end should be put to this, since sportsmen get disappointed and leave sport. This is already the third time Migran has been marked down - during the European Games, World Championship and in Rio. We must do our best to prevent the recurrence of such cases. Migran’s gold medal was simply stolen.

During the fight, I contested the referees’ decisions twice. I was twice shown a yellow card. We did our best but unfortunately injustice prevailed. We think that in this way the referees tried to “shoot in the eye” of the President of the United World Wrestling Nenad Lalović by ascribing the victory to his compatriot.

Everyone saw that exactly Migran was the real champion. Representatives of different countries were of the same opinion. I think our leadership will take relevant measures,” Gevorgyan said.