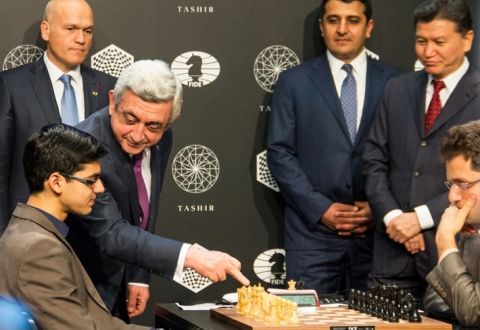 President Serzh Sargsyan, who is also President of the Chess Federation of Armenia, played the first move in Friday’s Round 1 of the Candidates Tournament for the 2016 World Chess Championship.

The winner of the Candidates Tournament being held in Moscow, and which has about a €420-thousand prize fund, will be the challenger for the 2016 World Chess Championship against the reining champion, GM Magnus Carlsen (Norway), from November 11 to 30, in New York.