Sports minister: Armenia participation in European Games in Baku is a must 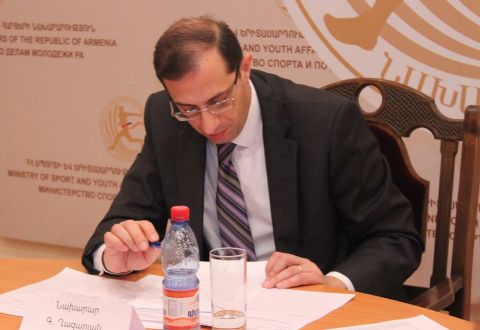 YEREVAN. – Our participation in the first European Games, which the Azerbaijani capital city of Baku will host, is a must.

The Minister of Sport and Youth Affairs of Armenia, Gabriel Ghazaryan, told about the above-said to NEWS.am Sport.

“We definitely must take part in these games; this is my personal view,” Ghazaryan added.

To note, Armenia’s Greco-Roman national wrestling team head coach, Olympic champion Levon Julfalakyan on Friday stated that the Armenian Wrestling Federation is against participating in the 2015 European Games to be held in Baku in the summer.

The National Olympic Committee of Armenia and the Ministry of Sport and Youth Affairs of Armenia, however, have not yet expressed an official position on this matter.