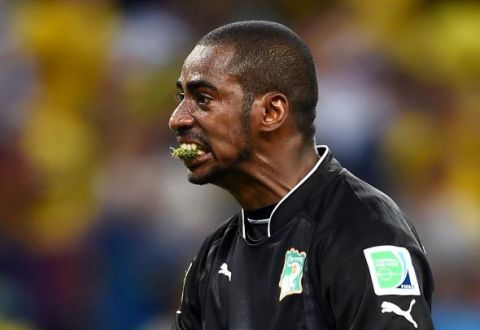 A funny incident occurred during the 2014 FIFA World Cup third and final group-phase match between the national football squads of Greece and Ivory Coast.  Ivory Coast international and Swansea City (Wales) striker Wilfried Bony, who was subbed in, equalized the score at 1-1.

Ivory Coast and Lokeren (Belgium) goalkeeper Boubacar Barry’s joy for this goal was so great that he started eating the grass on the pitch.

At the end, however, Greece beat Ivory Coast by a score of 2-1 and advanced to the World Cup 1/8 finals, whereas Ivory Coast bid farewell to the event hosted by Brazil. 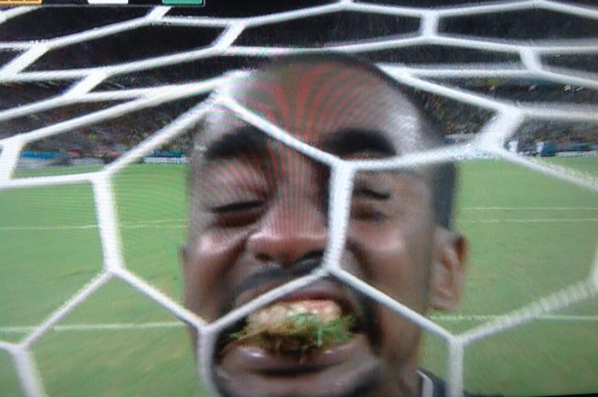