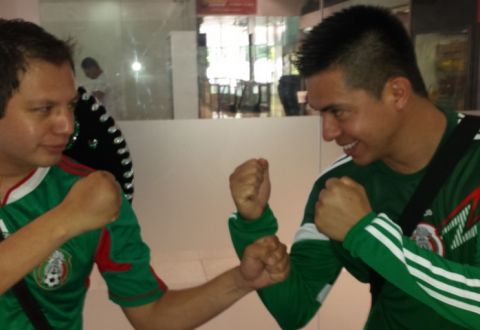 Two supporters of the Mexico national football team have beaten up a burglar who had entered their hotel room at night in Brazil, UOL Esporte reported.

At first, Mexican fans Rafael Moia and Carlos Lee were startled when they had seen a stranger in their hotel room.

The burglar was armed with a knife and under the influence of illegal drugs.

But the Mexicans, who had come to Brazil to root for their nation at the 2014 World Cup, attacked the Brazilian intruder and took away his knife.

“He had chosen the wrong people [to steal from],” one of the Mexican supporters said.