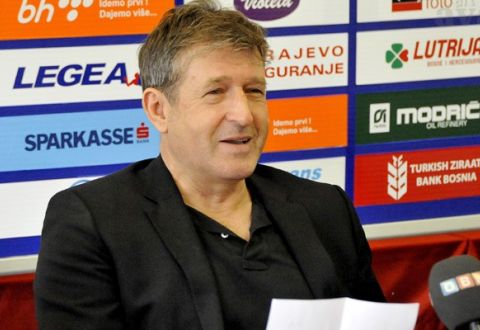 An unpleasant incident occurred with the coaching staff of the Bosnia and Herzegovina national football squad, which have arrived in Brazil for the 2014 World Cup, the Mirror reported.

Coach Safet Susic and his backroom staff had left their hotel but were attacked by muggers. They slipped out of their base without informing security officers and, subsequently, they were targeted by three armed youths riding bicycles demanding money and valuables.

But the muggers were chased away when a police car came onto the scene by chance. None of the Bosnian officials were hurt and Susic laughed the incident off, claiming: “We grew up in Bosnia, where the streets were far more dangerous than that!”