Mkhitaryan admits Real game was unhappy moment in his life 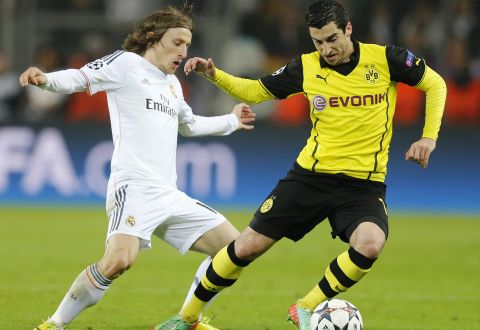 Borussia Dortmund and Armenian international midfielder Henrikh Mkhitaryan admitted the unsuccessful match against Real Madrid was the most unpleasant moment during his first season in the Bundesliga, and it is the Madrid game that still haunts him.

“It was an unhappy moment in my life. People watching must have thought I was trying to miss, when in fact I was the guy on the pitch who wanted to score most. Sometimes life is like that, though,” Mkhitaryan said in an interview with welt.de, the Bundesliga website reported.

Mkhitaryan said Jurgen Klopp and team-mates persuaded him not to feel down. From the first day, Klopp and the team-mates gave him “a feeling that they trusted in me”, he said.

The player says the biggest challenge for him was that he came from a league completely different from the Bundesliga.

Mkhitaryan scored nine goals and made ten assists during this season in the Bundesliga.