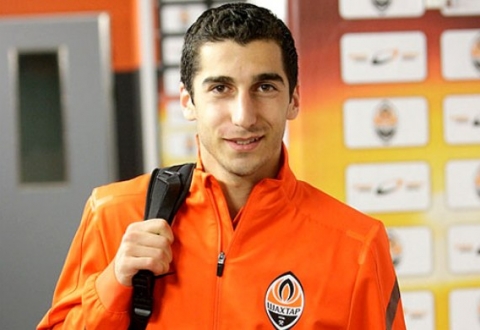 The regular season of the European Premier League came to its end on Thursday. Shakthar Donetsk won the champion’s title for the 7th time. Armenian football player Henrikh Mkhitaryan was the hero of the day, who participated in all the scored goals of the match. After that Mkhitrayan returned to Armenia in order to participate in Armenia’s upcoming matches.

The correspondent of NEWS.am Sport talked to him while he was still at the airport.

Thanks! It is much easier to win the champion’s title than to protect it. Regarding my game, I always try to improve it not forgetting about the team game. The most important are the results of the team

According to you, which match was the decisive one during the championship?

I would name two matches. The match against Dynamo and the one against Metalist, but in general all matches have been important, as any mistake could be fatal for the championship.

Currently are you thinking about the gatherings in the national team?

Of course, now I must dedicate myself to the matches of the National team.

According to you which team is a favorite in EURO-2012?

I think that all the teams in the tournament are strong, and those will achieve success, who will be able to tune in and win every game.