Arthur Abraham to establish cultural center in his birthplace 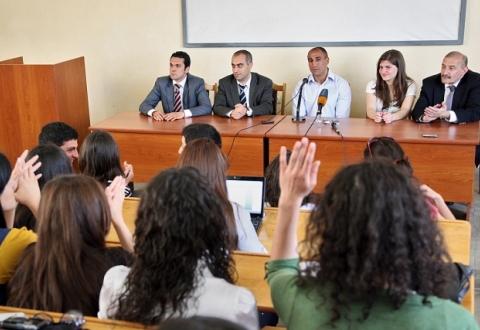 World former champion, 32-year-old Arthur Abraham loves his homeland Armenia a lot, especially his district Yerevan’s Nerkin Charbakh. The boxer has decided to establish a cultural center, he said on Thursday. He lives in Armenia and has to work in Germany. Abraham’s mandatory challenger is WBO world champion super middleweight Robert Stieglitz, the fight is scheduled for Aug. 25 in Germany.

Asked what is the most important in achieving success in sport, Abraham said it is the inner sensation, psychological readiness and hard work.

As for the NEWS.am Sport question, who or what inspires the former world champion, he said it is his manager and he himself.