Arthur Abraham: I have won this title for 7th time, but I worry every time 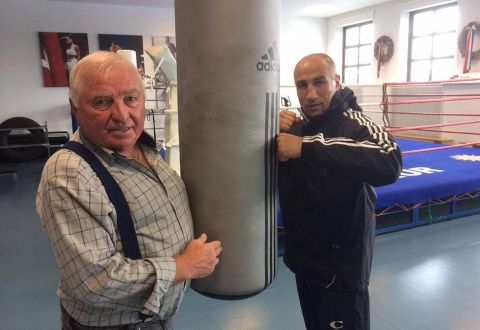 NEWS.am Sport correspondent held an interview with the WBO super middleweight champion Arthur Abraham, who has been awarded the title of the Best Boxer in Germany for the 7th time in his career.

“It’s a great honor for me to become Germany’s Best Boxer according to Boxsport magazine, for which I’m grateful to the members of the jury and readers. Although I’m winning this title for the 7th time, I worry every time. I’d like to thank my fans, my coach Ulli Wegner and Sauerland Promotion,” the Armenian boxer said.

For his part, Abraham’s coach, Ulli Wegner , was recognized 2015 Boxing Coach of the year of Germany, and for the 13th time.

Abraham’s next bout will take place on April 9 in Las Vegas, USA, where he will defend his title against 24-year-old challenger Gilberto “Zurdo” Ramírez (Mexico).

Last time Arthur Abraham had a bout in the U.S. on 14 May 2012, giving way to American Andre Ward in California. In his previous bout held on 21 November 2015, Abraham defeated Englishman Martin Murray.