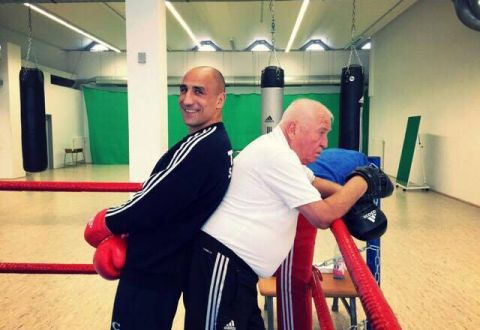 Arthur Abraham (Germany) was recognized the 2015 Boxer of the Year of Germany, reported the press service of the Armenian athlete.

The World Boxing Organization (WBO) Super Middleweight titleholder received the most number of votes in the respective voting by the panel of judges and readers of the BoxSport monthly magazine of Germany.

The 35-year-old boxer has merited this accolade for the seventh time.

And Abraham’s trainer, Ulli Wegner, was recognized the 2015 Boxing Coach of the year of Germany, and for the thirteenth time.