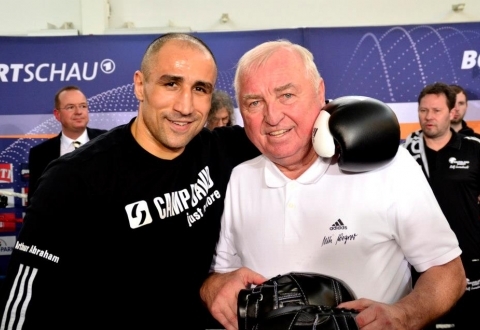 Armenian boxer Arthur Abraham (39-4, 28KOs), who regained his WBO Super Middleweight Championship belt on March is in a good shape, his coach said.

Arthur Abraham is getting ready for a bout against Nikola Sjekloca that will be held on May 3 in Berlin.

Abraham said his coach called him after a week break and he started trainings, Sport,de reported.

His coach Ulli Wegner confirmed that Abraham is in a good shape.